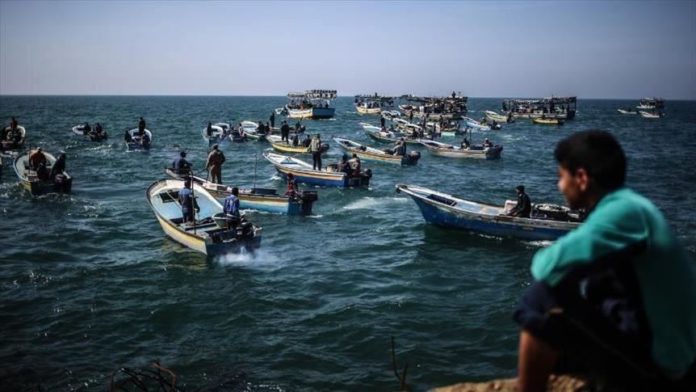 The Hamas group said on Sunday it is in contact with the Egyptian authorities to secure the return of a wounded Palestinian fisherman whose two brothers were killed by Egypt’s navy on Friday.

In a phone call with the family of the killed fishermen, Hamas chief Ismail Haniyeh offered his group’s condolences and confirmed the group is in contact with Egypt to secure the return of the third brother.

On Sunday, thousands of Palestinians in the Deir al-Balah city, central Gaza, mourned the death of two brothers Hasan and Mahmoud al-Zazoua who were fishing along with their third brother when their small fishing boat came under the Egyptian navy fire.

The mother of the fishermen called on the Gaza authorities to get her son freed from the Egyptian captivity.

According to the Palestinian Fishermen Union, roughly 50,000 Gazans earn their living through fishing.