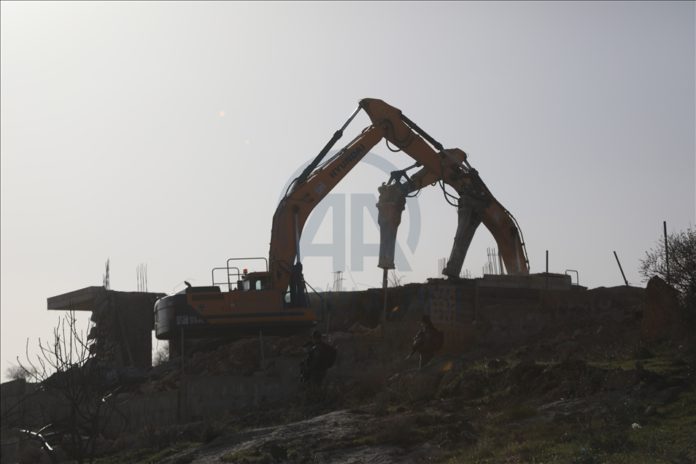 Palestinian group Hamas on Thursday decried the Israeli army’s demolition of Palestinian homes in the occupied West Bank as a “policy of ethnic cleansing”.

“Israel’s demolition of homes in the northern Jordan Valley area is a continuation of the policy of ethnic cleansing that the Zionist institutions have practiced against our people for decades,” the movement’s spokesman Hazem Qassem said in a statement on Thursday.

On Monday, the Israeli army demolished around 40 Palestinian houses in the area, causing the displacement of 11 families, according to the Palestinian Red Crescent Society.

Qassem shunned the practice as a form of “organized terror” by the Zionists against Palestinians and called for “the intensification of a comprehensive and united resistance to counter the policy of house demolitions and displacement [of Palestinians].”

The Israeli forces also removed tents set up at the site by activists in addition to confiscating two of their vehicles.

HEBRON, WEST BANK – FEBRUARY 3: A view of the site as Israeli forces demolishing a house belonging to a Palestinian Jamal Al-Sarsour for allegedly being unauthorized, on February 3, 2021 in Hebron, West Bank. ( Mamoun Wazwaz – Anadolu Agency )