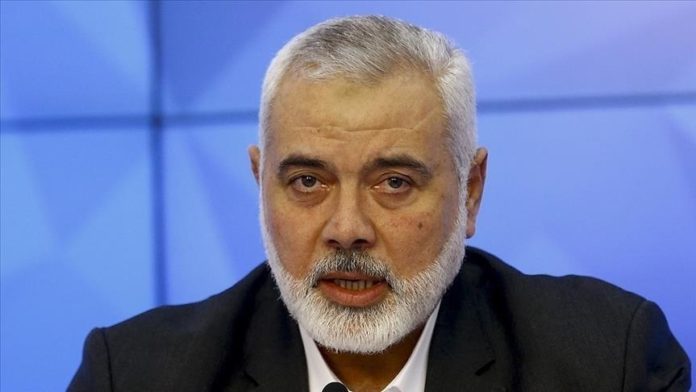 “We follow the threats of storming Al-Aqsa complex and we warn the enemy against taking such moves,” Haniyeh said in a televised speech marking the first anniversary of an 11-day Israeli offensive on the Gaza Strip.

Haniyeh said Hamas “will not allow any desecration of the Al-Aqsa Mosque or settler arrogance in Jerusalem.”

The Hamas leader called on the Palestinians “to protect Al-Aqsa Mosque and prevent settlers from moving ahead with their plans” against the mosque.

Israeli settlers plan the flag march to mark what they call the day of unifying Jerusalem, in reference to Israel’s occupation of the city in 1967.

Last year, settlers staged their march through the Damascus Gate, known as Bab al-Amud area and one of Jerusalem’s Old City gates amid anti-Arab chants.

In May 2021, Israeli violations inside Al-Aqsa Mosque and in Sheikh Jarrah neighborhood in occupied East Jerusalem triggered the break-out of an Israeli military offensive on Gaza.

More than 200 Palestinians were killed and thousands injured in the onslaught, which came to a halt under an Egyptian-brokered truce. Thirteen Israelis were also killed in Palestinian fire from Gaza during the course of the conflict.