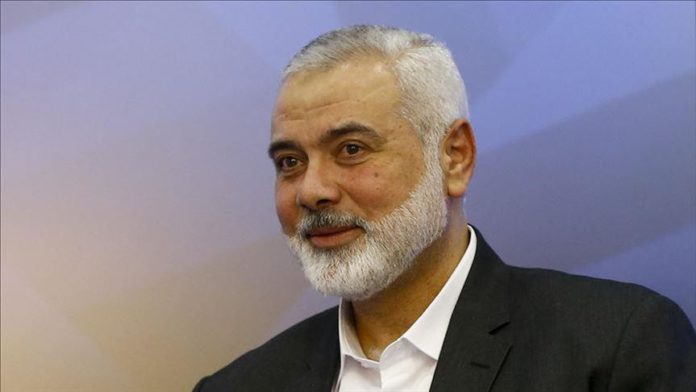 Hamas political chief Ismail Haniyeh visited Nabatieh, in southern Lebanon on Saturday, where Israel placed him in exile in 1992.

Haniyeh visited the town of Marj al-Zohour, where he and 400 other Hamas members and the Islamic Jihad Movement stayed in exile, Hamas said in a statement.

Describing the period of exile as a stage that accomplished a strategic transformation in the history of the Hamas and the Palestinian people, Haniyeh said: “That period laid the groundwork for the basis of relations between resistance movements and some regional countries.”

A common history was written in the region between Lebanon and Hamas, he added.

Israel exiled 415 members of Hamas and Islamic Jihad from the West Bank and Gaza Strip to Lebanon after the Izzeddin al-Qassam Brigades, the armed wing of the Palestinian resistance group, Hamas, seized an Israeli soldier in 1992.

Israel accepted the return of 189 people in September 1993, and others in December that year, following non-stop protests in the West Bank and the Gaza Strip.