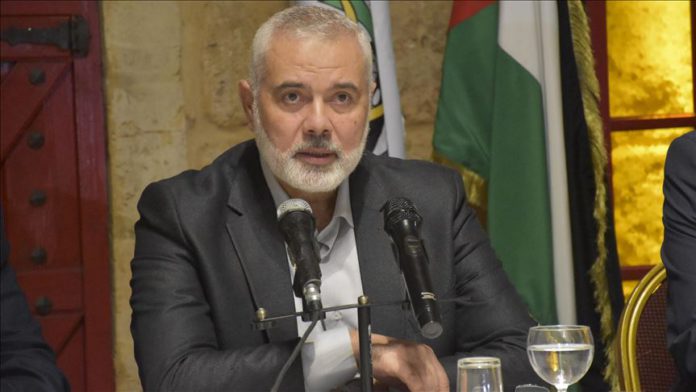 This came during a phone call Abbas received from the Hamas leader.

Abbas’ speech “reflects the moment [the Palestinian people are going through] in this historic stage,” Haniyeh said.

In his speech on Friday, Abbas said the umbrella Palestine Liberation Organization (PLO) has not mandated any party to speak in its name.

“We will not bow or abandon our rights in spite of the unjust blockade targeting our national decision,” Abbas said.

The United Arab Emirates (UAE) and Bahrain signed US-sponsored agreements earlier this month to normalize their relations with Israel.

During the phone call, Abbas stressed his support for efforts aimed to promote dialogue between Fatah, Hamas and other factions “in order to produce the desired results and hold elections”.

Last week, Hamas and Fatah agreed during talks in Turkey to hold legislative and presidential elections.

Haniyeh, for his part, reiterated his group’s support for dialogue “to build a national front to counter conspiracies against our people”, Wafa said.

Bolivia: Morales says no hurdle to run for deputy