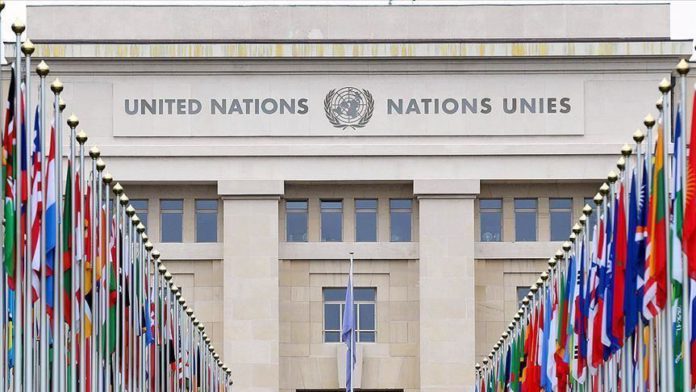 Peace talks between the Syrian Bashar Al-Assad regime and the opposition resumed Thursday in Geneva, the UN special envoy for Syria said after some delegates tested positive for the novel coronavirus.

“Obviously, safety has been of a major and a top priority. That is why we took no chances and immediately suspended the constitution committee’s meeting on Monday,” said Geir Pedersen at a news conference just before the talks resumed.

“We are at this stage proceeding here in the Palais des Nations only with those who have tested negative.”

Members of what is known as the “small group” responsible for the drafting of a new constitution for the war-torn country met again after days at the UN Geneva Office. The group consists of 15 members from the regime, non-governmental organizations and the Syrian opposition.

Pedersen said he received a “strong signal of support” from “key international players” for the UN’s facilitation of the Syrian-led peace process and all sides in the Constitutional Committee.

He did not take questions and did not name the countries that gave their support, but he was thought to mean Turkey, Iran, Russia and the US.

Pedersen’s office said the talks had been on hold from Monday and that they restarted Thursday to continue until at least Saturday.

The decision to resume the talks had followed “additional testing and further medical and expert advice regarding four earlier positive tests for COVID-19,” said the UN office.

Representatives at the talks can resume their meetings “with full social distancing and related precautions in place,” said the UN.

The first day of the Syrian peace talks Monday had started well, according to the main opposition leader, Hadi al-Bahra, former head of the Syrian National Coalition for Opposition and Revolutionary Forces, the meeting’s co-chair.

“We have a clear agenda for this session, and the small body had a constructive first meeting on the agenda when they met on Monday,” said Pedersen Thursday.

Ahmad Kuzbari, representing the regime as a co-chair, was not available for comment after the talks halted.

The UN did not say which delegation among the 45 participants was found to have the virus, but opposition sources told Anadolu Agency they believed those who tested positive had come from Damascus, Syria’s capital.

US donates $5.3M in food aid for Rwanda refugees