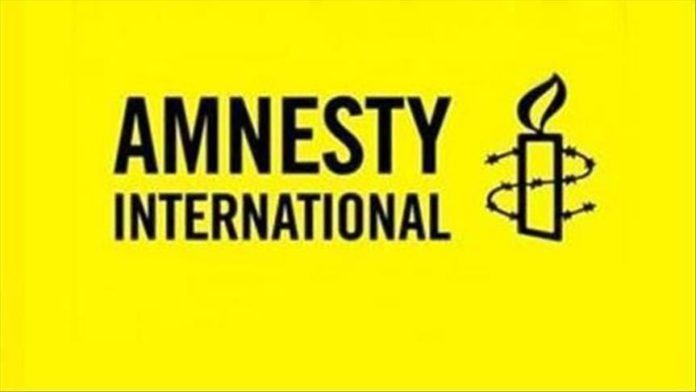 Amnesty, which shut its office in India last month following a “witch hunt” by the government, said on Thursday night: “These raids are an alarming reminder that India’s government is determined to suppress all dissenting voices in Jammu and Kashmir.”

India’s NIA, the country’s anti-terror investigating body, unleashed a series of raids on top human rights defenders, journalists, educational and humanitarian aid organizations for the past two days in the Indian-administered Kashmir and India’s capital Delhi.

Julie Verhaar, the acting secretary-general of Amnesty International, said: “The authorities are evidently targeting these civil society and media groups because of their continued work reporting and advocating for the rights of the people of Jammu and Kashmir despite a harsh communications blackout that was imposed by the Indian government in the region since 5 August 2019.”

The NIA since Wednesday raided the residences and premises of prominent human rights activists Khurram Parvez, the coordinator of J&K Coalition of Civil Society (JKCCS), Parveena Ahanger, the chairperson of the Association of Parents of Disappeared Persons (APDP), journalist Parvaiz Bukhari, who works for Agence France-Presse, and others.

“Both organizations have reported extensively on human rights abuses in Kashmir, including the indefinite administrative detention and extrajudicial execution of human rights defenders, torture of people in detention and the widespread impunity of the security forces in the region,” the Amnesty said about JKCCS and APDP.

Amnesty revealed that the APDP last month had submitted to the Working Group on Arbitrary Detention and the UN special rapporteur on torture almost 40 testimonies of victims who were subjected to arbitrary detention and torture by the Indian forces in Kashmir.

Ahanger in a statement said the raids could “lead to adverse consequences and reprisal against victims and families who have testified and are pursuing justice”.

On Aug. 5, the JKCCS had published its bi-annual human rights review documenting the extrajudicial executions of at least 32 individuals and impact of internet shutdowns in the region.

The NIA said it had registered a case on Oct. 8, and the raids were “conducted based on credible information that the organizations have been using funding from India and abroad for secessionist and terrorist activities in J&K”.

“In a worrying pattern, the UAPA [Unlawful Prevention Activities Act] and the foreign funding law are being repeatedly and deliberately weaponized to intimidate, harass and restrict the ability of civil society groups from operating, in clear violation of their rights to freedom of expression and association,” the Amnesty noted.