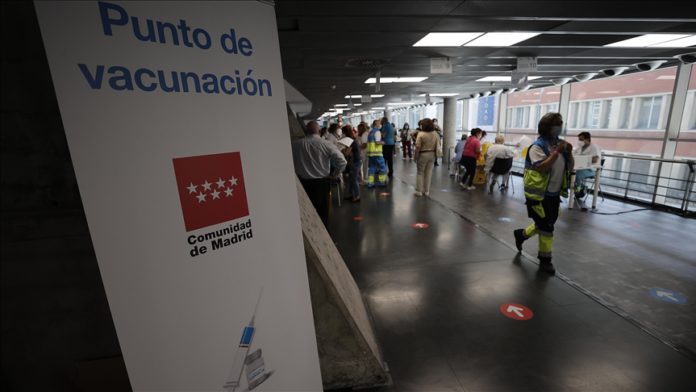 In a major milestone in the fight against COVID-19, Spain’s Health Ministry announced on Monday that over half of the population has been fully immunized against the virus.

With more than 24 million people fully vaccinated, Spain has overtaken early vaccine leaders like the US and is ahead of all other EU members except Malta, Hungary, Ireland, and the Greek Cypriot administration.

A further 12% of the Spanish population has received at least one jab.

The country’s vaccine success can be partially attributed to relatively high acceptance rates. More than 91% of the people over age 40 have opted to receive a jab, while many younger people are still waiting for their appointments.

But the vaccines have not been enough to slow down the viral spread.

Spain’s vaccine age gap combined with a general loosening of restrictions in May has left the country with the highest coronavirus infection rate in the EU.

On Monday, the ministry reported more than 61,000 new cases from the three days over the weekend, a record high for the fifth wave.

The infection rate in people in their 20s is nearly three times higher than in the general population. The pressure on hospitals, however, is significantly lower than in the past.

But hospitalizations are still climbing, with 1,426 people being hospitalized this weekend with 167 more people in intensive care. In total, 5% of all the country’s hospital beds and 11% of intensive care units are being used by COVID-19 patients. Over the weekend, 23 people died.

Some parts of the country like Catalonia and Valencia have re-imposed curfews to fight the spread, while other regions have added restrictions such as closing down nightclubs.

The prime minister has promised that the country will reach herd immunity by Aug. 18, with 70% of the population vaccinated.