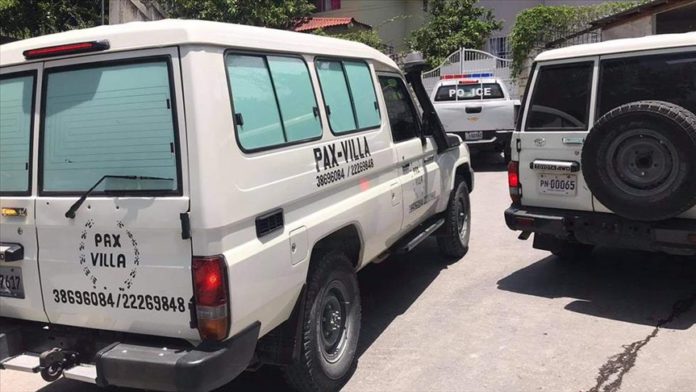 Authorities have reacted to the assassination of Haitian president Jovenel Moise by killing four suspected “mercenaries” and arresting two of the alleged perpetrators of the crime, Police General Director Leon Charles said in a televised briefing late on Wednesday.

“We blocked them en route as they left the scene of the crime. Since then, we have been battling with them,” said Charles.

President Moise was killed in an armed attack at his private residence in Port-au-Prince by a group of unknown individuals on early Wednesday, after which interim prime minister Claude Joseph declared a nationwide state of siege, granting broad powers to the army.

Haiti’s first lady, Martine Moise, was injured in the attack and was transferred to a hospital in Miami where she is being treated.

The country’s international airport in Port-Au-Prince closed and the government of neighboring Dominican Republic ordered the “immediate closure” of its border with Haiti.

Haitian President Jovenel Moise was shot 12 times during the attack, said Judge Carl Henry Destin who was in charge of the forensic report.

The gunmen spoke Spanish, said Joseph, who assumed the leadership of the country and said “the situation was under control” by the police and military.

The recent events have plunged the country into leadership chaos. Moise, 53, took office in 2017 after a contested election. After failing to hold elections, the opposition had been demanding him to step down. Only a day before his death, Moise had appointed a new prime minister who was due to take office this week, so Joseph was virtually stepping down. Haiti was going to hold presidential and legislative elections on Sept. 26.