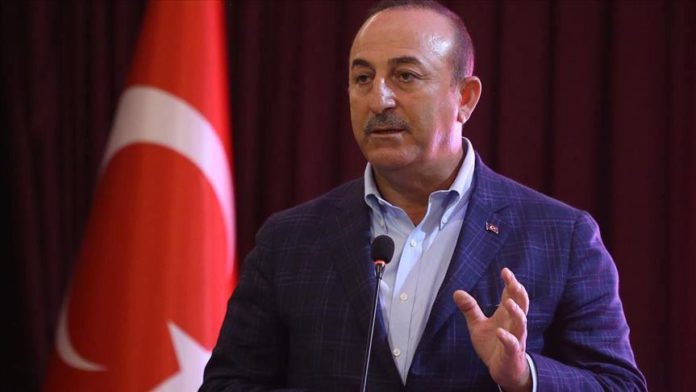 “Reopening of Hagia Sophia for worship is not a one-upmanship against any country or belief,” Mevlut Cavusoglu said in a joint news conference with his Spanish counterpart Arancha Gonzalez Laya in the capital Ankara.

Cavusoglu said Turkey respects the thoughts and pieces of advice to protect Hagia Sophia which was added to the UNESCO World Heritage List in 1985.

Spanish Foreign Minister Laya said that Turkey’s intention of observing UNESCO criteria regarding Hagia Sophia was praiseworthy, adding that they see Istanbul’s architectural gem as a common heritage of all humanity.

Last Friday, the first prayers after an 86-year hiatus were held in the Hagia Sophia Mosque.

It remains one of the most visited historic buildings in Turkey by domestic and international tourists.