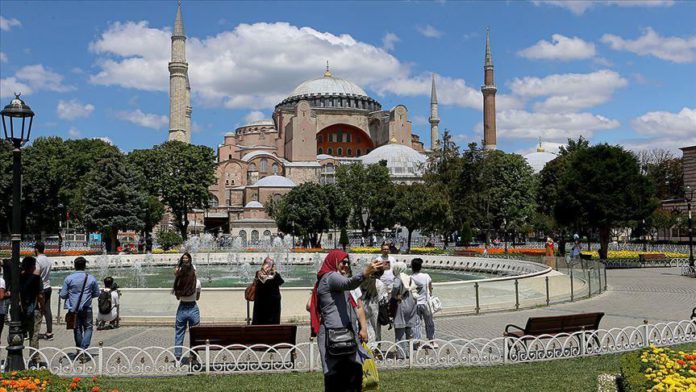 Hagia Sophia Mosque is ready to reopen on July 24 for worship for the first time in 86 years with inaugural Friday prayer, according to the governor of Istanbul, Turkey’s metropolitan province.

In a Thursday press conference at the iconic marvel, Ali Yerlikaya said everyone is looking forward to attending the special prayers with great enthusiasm.

Stressing the measures being taken against the coronavirus, he said five different open spaces were reserved for worshipers to prevent overcrowding.

Entrance to the areas reserved for prayer will start at 10.00 am (800GMT) on Friday, Yerlikaya added.

“Entrance to the prayer areas will be provided after security searches at 11 different checkpoints,” he said.

On transportation to the mosque, he said in order to sustain security, some roads and metro lines will be closed before and during the prayer time.

On the COVID-19 outbreak, Yerlikaya said the worshippers who come to Hagia Sophia should bring their own masks and prayer rugs as well as patience and understanding to protect against the virus and make things easier.

Hagia Sophia is among Turkey’s top tourism destinations for both domestic and foreign visitors.

It served as a church for 916 years until the conquest of Istanbul, and a mosque from 1453 to 1934 – nearly half a millennium – and most recently as a museum for 86 years.