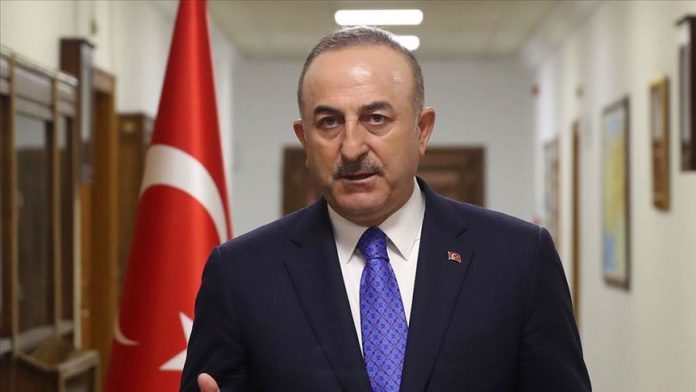 The Turkish foreign minister on Thursday said Istanbul’s Hagia Sophia is “not a matter of international affairs, but a matter of national sovereignty.”

Speaking in a televised interview, Mevlut Cavusoglu responded to the recent discussions over the possible reopening of Hagia Sophia as a mosque and said the popular site was initially a mosque after conquering of Istanbul.

Stressing that no one should comment on freedom of religion in Turkey, Cavusoglu said the steps taken in the last 20 years towards various minorities in the country is evident.

Turkey’s top diplomat also slammed the US over recently published 2019 Report on International Religious Freedom and said it is “tragicomical” for the US to comment on freedom of religion and human rights.

Erdogan has underscored the Ottomans converted the building into a mosque instead of razing it, a fate suffered by many mosques taken from Ottomans.

Cavusoglu also commented on a recent call by Egypt for a cease-fire in Libya and said the so-called Cairo Declaration is “stillborn”.

“We can proceed for a binding cease-fire in Libya under the umbrella of United Nations,” he added.

The internationally recognized government and the western parts of the country have been under attack by warlord Khalifa Haftar’s forces since April 2019, with more than 1,000 killed in the violence.

The Libyan Army has made significant military gains against Haftar’s militias in recent days, capturing all the country’s western cities to the Tunisian border and regaining strategic locations, including the Al-Watiya airbase and Tarhuna, which is viewed as a significant blow to Haftar’s forces.

Turkey to realize one of largest environmental projects