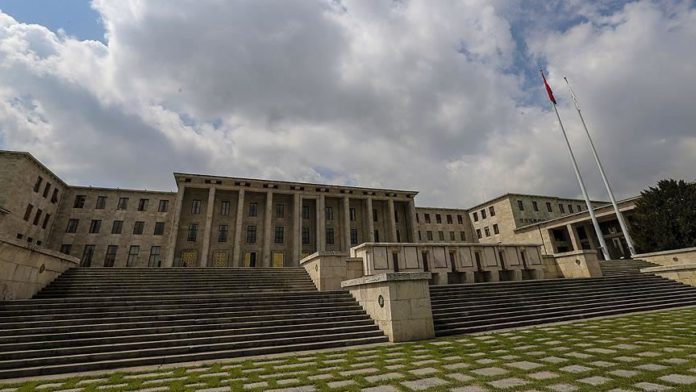 The Turkish parliament speaker said on Friday that Hagia Sophia’s turning into a mosque ended a longing for a generation.

“With Hagia Sophia decision, a longing in the heart of our nation has ended,” Mustafa Sentop told the reporters in the parliament.

Sentop said Hagia Sophia’s turning into a mosque was “a dream and goal” for his generation.

A top Turkish court on Friday annulled a 1934 Cabinet decree which turned Istanbul’s Hagia Sophia into a museum, paving the way for its use again as a mosque after an 85-year hiatus.

Also, other Turkish officials shared their messages regarding the new status of Hagia Sophia.

“Today is the feast of a generation who spent the nights in prostration in the courtyard of the Hagia Sophia to protect the entrust of Sultan Fatih, who closed an era and opened a new one,” Turkish Justice Minister Abdulhamit Gul said on Twitter.

Turkish Culture and Tourism Minister Mehmet Nuri Ersoy said on Twitter that the decision of the Council of State removed the obstacle for re-opening of the Hagia Sophia Mosque, adding: “Hagia Sophia mosque, a world heritage, will continue to be protected meticulously.”

Ali Erbas, the head of Turkey’s Religious Affairs Directorate, said on Twitter: “Hagia Sophia is not just a place of worship in terms of its significance. It is a symbol of great faith, civilization, morality, and justice for Muslims. Now it is our duty to work with greater belief, determination, excitement, and devotion to make the meanings of the great mosque Hagia Sophia prevail all over the earth.”

Under the Byzantine Empire, Hagia Sophia had been used as a church for 916 years. In 1453, after the Ottoman Empire conquered Istanbul, it was converted into a mosque by Sultan Mehmet II.

An unparalleled treasure of world architecture, Hagia Sophia underwent restoration work during the Ottoman era, including the addition of minarets for the call to prayer by famed architect Mimar Sinan.

Under the Republic of Turkey, it became a museum in 1935.

In recent years Turkish leaders have called for its use as a mosque again and permission for holy Quran recitation there on special occasions.

* Seda Sevencan contributed to this report.