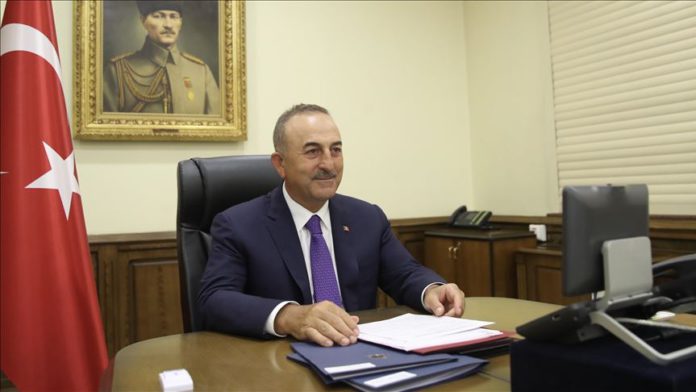 “The Haftar side doesn’t want a political solution in Libya, nor do the countries backing Haftar such as the UAE, Egypt, and Russian-backed Wagner [Group] mercenaries,” Mevlut Cavusoglu said in a televised interview.

The Libyan government has been under attack by Haftar’s forces since April 2019, with more than 1,000 killed in the violence.

On recent developments in the US, Cavusoglu called for clear-headedness amid protests over the killing of George Floyd, an unarmed black man who died last week after being pinned down by a white police officer.

“It is unacceptable for police to kill any person in such a way, regardless of race or religion,” said Cavusoglu.

On US President Donald Trump saying he would declare far-left anti-fascist group Antifa a terror organization, Cavusoglu referred to recent press reports on links between Antifa and the terrorist YPG/PKK, urging the US to take a similar stance against Antifa when it attacks Turkish soldiers jointly with the YPG/PKK.

In its more than 30-year terror campaign against Turkey, the PKK – listed as a terrorist organization by Turkey, the US and the European Union – has been responsible for the deaths of 40,000 people, including women, children and infants. The YPG is the PKK’s Syrian offshoot.

On Ankara’s drilling vessels working in the Eastern Mediterranean since last year, Cavusoglu said Turkish activities in the region are in line with international law.

The top Turkish diplomat also stressed that any agreement on the Eastern Mediterranean without Turkish participation would be “null and void.” 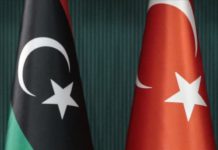 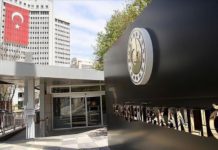 Erdogan, Putin meet in Istanbul ahead of launch of TurkStream

January 8, 2020
We use cookies to ensure that we give you the best experience on our website. If you continue to use this site we will assume that you are happy with it.Ok