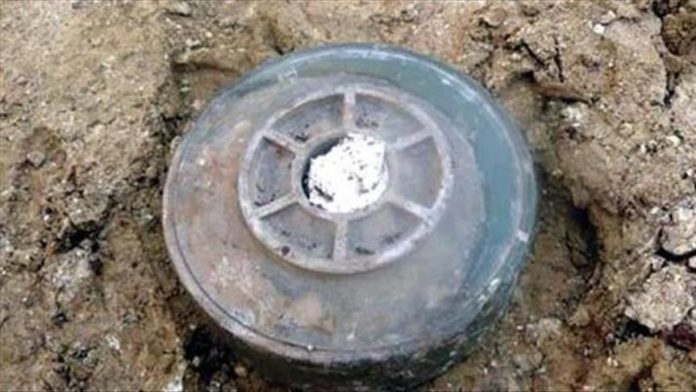 “Any use of internationally banned landmines is unconscionable,” said Steve Goose, who heads the arms division at Human Rights Watch and chairs the International Campaign to Ban Landmines.

“Those fighting in Tripoli should halt using landmines and start clearing them to avoid further harm to life and limb,” he said.

He went on to say that indiscriminate weapons like landmines “cannot distinguish between fighters and civilians.”

The rights group said victim-activated explosive devices are prohibited by the Mine Ban Treaty and urged Haftar to “publicly” pledge and instruct fighters under his command and mercenaries supporting him “to stop using landmines and destroy any stocks in their possession.”

On May 25, the United Nations Support Mission in Libya (UNSMIL) expressed concern about reports that civilian residents of Tripoli’s Ain Zara and Salahuddin neighborhoods have been killed or wounded by improvised explosive devices placed “in/near” their homes.

The latest report by the New York-based organization also said the types of mines found in retreated areas are not only Soviet-made leftovers from the era of late ruler Muammar Gaddafi, but also landmines that have transferred into the country in recent years.

“This latest landmine use is adding to Libya’s already considerable burden of uncleared mines, abandoned ordnance, unexploded ordnance, and danger for Libyans for years to come,” Goose said.

Libya’s UN-recognized government has been under attack by Haftar’s forces since April 2019.

In March, the government launched Operation Peace Storm to counter attacks on the capital, and recently regained strategic locations, including the Tripoli Airport and Al-Watiya airbase, in a major blow to Haftar’s forces.

Libya has been torn by civil war since the ouster of Gaddafi in 2011. The new government was founded in 2015 under a UN-led agreement, but efforts for a long-term political settlement failed due to the military offensive by Haftar’s forces.