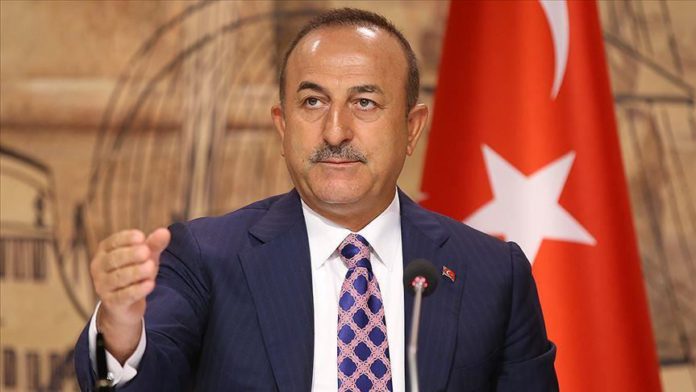 Warlord Khalifa Haftar no longer has legitimacy in Libya and should not have a seat at the table, Turkey’s foreign minister said on Thursday.

Speaking in a televised live interview on CNN Turk, Mevlut Cavusoglu said: “Haftar no longer has any validity. He had no legitimacy anyway.”

“A coup plotter like Haftar, someone who claims to have seized the power, instead of a cease-fire, should not have a seat at the table. He should not be dealt with any longer,” he added.

He emphasized that there is still no cease-fire in Libya even after the efforts carried out in Moscow and Berlin because of Haftar’s attitude.

Meanwhile, Cavusoglu said the security cooperation between Turkey and Libya’s government may be expanded in the upcoming period.

TRNC slams US for lifting arms embargo on Greek Cyprus