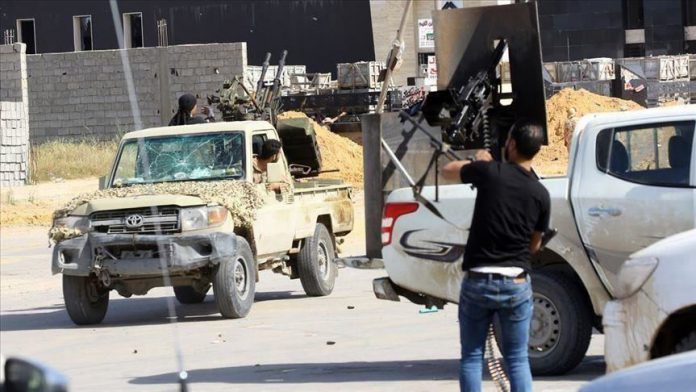 Renegade commander Khalifa Haftar was amassing forces near Tripoli on Tuesday in preparation for resuming attacks on the Libyan capital, a military source said.

“Emirati armored vehicles and cannons were spotted advancing to the town of Tarhunah, southeast of Tripoli,” the source with the UN-recognized government told Anadolu Agency.

The move came hours after Haftar left Russia without signing a cease-fire deal with head of the internationally recognized government, Fayez al-Sarraj.

“Support for Haftar’s forces has been ongoing despite the truce, which proves that he wanted the cease-fire to reorganize his militia,” the source said, requesting anonymity.