TurkishPress
Home Africa Libya Haftar in Libya not flexible for cease-fire talks: US 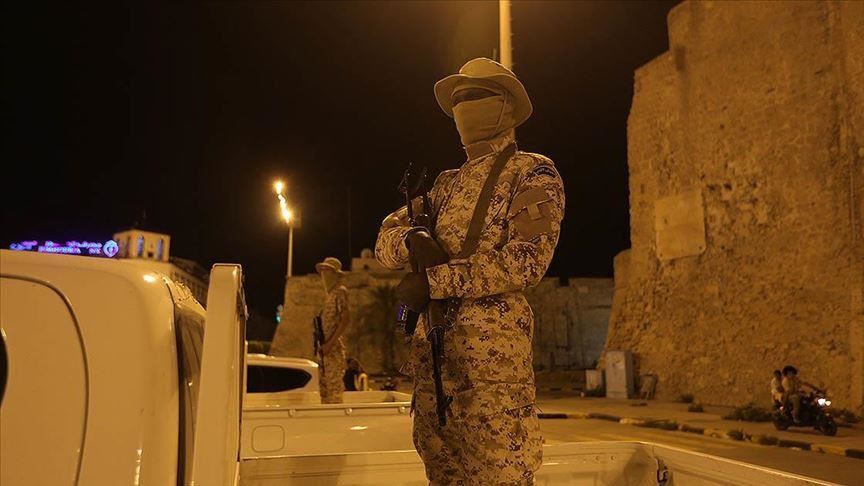 After over a year of attacks on Libya’s government, warlord Khalifa Haftar is not showing any flexibility towards reaching a cease-fire, according to a senior US diplomat

In an interview with France 24 on Thursday, David Schenker, the US assistant secretary of state for Near Eastern affairs, said the Libyan government has demonstrated some flexibility toward returning to the negotiating table, but Haftar’s side has not.

Saying that the US supports an immediate cease-fire, Schenker added that Secretary of State Mike Pompeo spoke last Friday with Fayez al-Sarraj, the prime minister of Libya’s government, also known as the Government of National Accord (GNA).

Pompeo “expressed to him the need to return to negotiations as quickly as possible to accept the cease-fire. We believe that the GNA is demonstrating some flexibility, but not so for the LNA [so-called Libyan National Army] and Haftar,” Schenker said.

He added that what is going on in Libya is a regional conflict far beyond a proxy war and that an arms embargo should be implemented to restart the negotiation process.

Schenker warned that the Libyan conflict “could spin out of control if the Russians choose to escalate further,” adding that the US is extremely concerned with the deployment of advanced Russian jets to the country.

Comparing developments in Libya to Syria’s decade-long civil war which has killed, injured, or displaced millions of civilians, Schenker said what Russia and the Syrian regime have done in Syria “resembles a genocide” and “similar dynamics are playing out” now in Libya.

He said the US has adopted the Berlin plan for Libya and is still committed, despite its poor implementation to date. He added that the US is helping Libya by sending it funds for battling COVID-19 and engaging in diplomacy among regional actors.

The Berlin plan, reached at a conference this January in the German capital, agreed to new steps to support the cease-fire and observe the arms embargo.

Speaking at the end of the conference that brought together world powers and regional actors, including Turkish President Recep Tayyip Erdogan, German Chancellor Angela Merkel said all the participants agreed that there could be no military solution to the Libyan conflict.

The Libyan government has been under attack by Haftar’s forces since April 2019.

While France, Egypt, Russia, and UAE support Haftar, directly or indirectly, Turkey has shown solidarity with the UN-recognized, legitimate government representing the will of the Libyan people.

Haftar’s illegal forces in eastern Libya have launched numerous attacks to capture Tripoli, the nation’s capital, with more than 1,000 killed in the violence.

In early May, the United Nations Support Mission in Libya (UNSML) said it was “very concerned by the continued indiscriminate attacks and targeting of civilians in civilian populated areas and the increase in civilian casualties from the use of rockets and artillery, as well as from targeted killings by forces affiliated to the ‘Libyan National Army’ (LNA).”