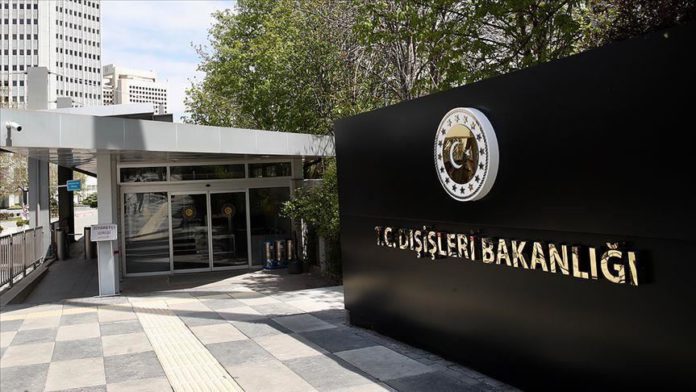 Turkey reiterated Thursday it will respond to putschists Khalifa Haftar’s elements in Libya as a “legitimate target” if they attack Turkey’s interests in the country.

“We remind it once again that in case of targeting Turkish interests in Libya, this will have very heavy consequences and the putschist Haftar elements will be considered as a legitimate target,” Hami Aksoy, a spokesman for the Foreign Ministry, said in a written statement.

“It is noteworthy that the statement, which is referred by a foreign media outlet and said illegitimate militias loyal to Haftar will target Turkish interests with their air elements, is made after new warplanes are deployed in Libya’s east with foreign support,” Aksoy added.

He said the statement mirrors the defeat of Haftar’s forces on the ground, and added it was “the clearest sign” that Haftar and his supporters were trying to escalate the dispute in Libya.

Turkey helps the Libyan government in military training, cooperation and consultancy, according to a Wednesday statement by Turkish National Defense Minister Hulusi Akar.

Haftar, who has targeted the government for over a year now, intensified his attacks on civilians in May due to the recent achievements of the Libyan army against the militants.

As a result, some cities and towns in the west announced their support to the Libyan government. Following the ouster of late ruler Muammar Gaddafi in 2011, Libya’s government was founded in 2015 under a UN-led political deal.

Oil down over expected rise in US stocks, rising dollar