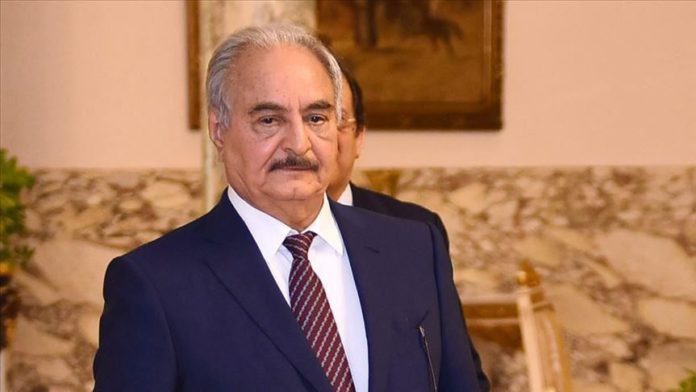 Libya on Thursday reiterated its commitment to achieve peace, in remarks to Russia, pointing out to the Kremlin how warlord Khalifa Haftar has even rebuffed its own peace proposals.

In a press statement replying to comments by Russian Foreign Minister Sergey Lavrov, Libya’s Foreign Ministry confirmed that the internationally recognized Government of National Accord (GNA) always sought to achieve a peaceful solution to the country’s crisis.

Lavrov on Wednesday claimed the “Libyan government is unwilling to sign a cease-fire agreement and seeks a military solution.”

“We remind the Russian foreign minister that the Russian-Turkish initiative was signed by the GNA in Moscow while Haftar refused to sign and departed [Moscow], putting Russia in an embarrassing position,” the statement said.

Haftar on Jan. 14 refused to sign onto a Russian-Turkish initiative for a cease-fire and continued his offensive and failed attempt to capture the capital Tripoli.

The statement also confirmed that the GNA also welcomed the Berlin peace process efforts on Libya.

Russia is one of the countries that have supported Haftar against Libya’s legitimate government.

September 25, 2020
We use cookies to ensure that we give you the best experience on our website. If you continue to use this site we will assume that you are happy with it.Ok