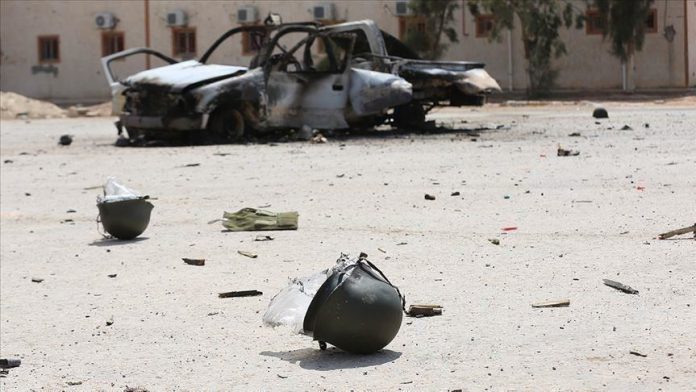 Two civilians were killed and eight injured on Thursday in an airstrike by eastern Libyan forces on north-western Libya, according to local hospital officials.

Earlier on Thursday, the UN-recognized Government of National Accord (GNA) announced in a statement that many civilians were killed and injured due to an airstrike affiliated with Haftar forces, with a pharmacy and commercial shops damaged in the city, without mentioning a specific number.