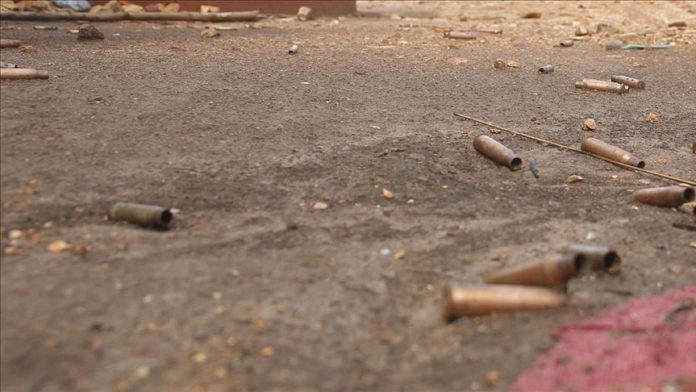 At least six people died after gunmen opened fire at a hostel on the outskirts of Johannesburg, South African police said Tuesday.

He said preliminary investigations found that the victims were in a shack at the Jabulani Hostel when three men armed with handguns and rifles started shooting at the shack from outside.

Five people died at the scene and one in the hospital, while a seventh victim is being treated at a hospital.

“The motive of the killing is unknown at this stage,” Makubela said in a statement.

Addressing reporters at the scene on Tuesday afternoon, Police Minister Bheki Cele said crimes had started rising again in the country since the ban on the sale of alcohol was lifted on June 1.

Cele said June 1, which is normally not a high crime season, saw an increase in crimes with 40 people being murdered nationally.

“The next day there were 51 deaths recorded and on Sunday there were 69,” he said, adding that cases were much lower before the alcohol ban was lifted.

South Africa, which has over 50,000 cases of confirmed COVID-19 infections and 1,000 recorded deaths, had imposed a ban on sale of alcohol for two months to combat the spread of coronavirus.

Two days after sales were allowed again, robbers bombed an armored car in Krugersdorp, west of Johannesburg, stealing an undisclosed amount of cash.

Gunmen also shot dead a police officer this week in Nyanga on the outskirts of Cape Town while on patrol.