At least 14 people were killed in an attack during Sunday mass on a church in eastern Burkina Faso, according to a government statement.

“Unidentified gunmen carried out an attack during a Sunday service at a Protestant church in the town of Hantoukoura near the border with Niger,” the statement said.

“This attack unfortunately left 14 dead and many wounded.”

The statement said soldiers in the region launched operations against the attackers.

Some 21 people have been killed in attacks targeting Christians since February, according to authorities.

President Roch Marc Kabore in November called on citizens to remain courageous and unite in the fight against terrorist groups after 37 people were killed and more than 60 wounded in an attack on a convoy transporting local employees of Canadian mining company Semafo.

Three key militant groups have been wreaking havoc in the country’s north and east.

Reports indicate that hundreds of people have been killed so far this year and more than 150,000 have fled their homes due to attacks which spill across the Sahel region. 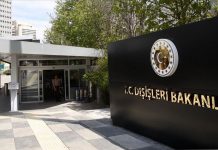 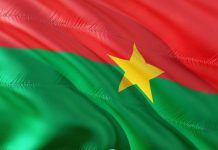