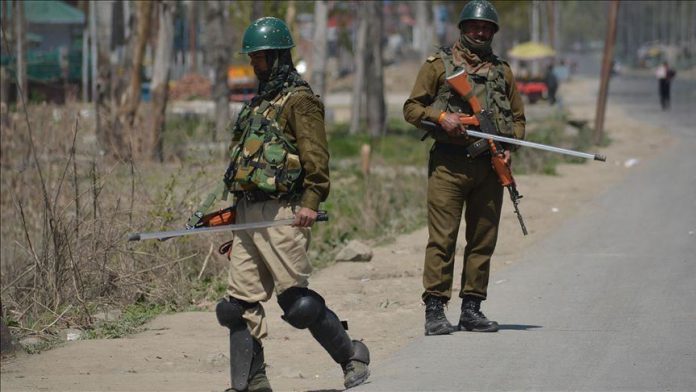 At least three Kashmiri militants were killed in a gunfight with Indian forces in southern Shopian district on Monday, an army spokesman said in a statement.

Lt. Col. Rajesh Kalia confirmed the death toll from the joint operation by the army, police and federal paramilitary soldiers, adding that they were affiliated with Hizbul Mujahideen, a Pakistan-backed group.

Weapons and ammunition were recovered from the site of the gunfight, he said in a statement.

Among the deceased is Adil Bashir, a former police guard, who had escaped from the residence of a former lawmaker, Ajaz Mir, in