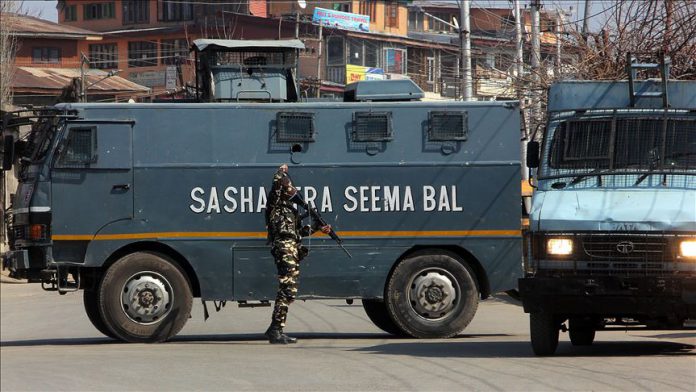 At least three militants were killed by Indian forces during a counterinsurgency operation in Indian-administered Kashmir on Monday, police said in a statement.

After the operation was over, six local residents, four of them children, were injured in an explosion at the site of the gunfight, the statement said.

“People were requested not to gather around the site. Still some people went in and fiddled with the unknown objects resulting in injuries to six persons,” the statement said.

This was the second counterinsurgency operation over the past 24 hours. Last night, the police had claimed that four militants were killed during an exchange of fire in the same district.

But on Monday evening, the police issued a statement saying only one body has been found at the site of the gunfight.

Both militants and government forces have not ceased their operations during the ongoing COVID-19 lockdown.

According to police, 25 militants, nine forces personnel and a civilian were killed in April, making it bloodiest of the past four months.

April also marked the beginning of a trend apparently aimed at preventing big funerals for militants killed in operations.

The bodies of deceased militants, the majority of whom hail from southern Kashmir, are not handed over to their families but buried in faraway hamlets in north and central Kashmir districts.

On April 17, two militants were killed in a gunfight in Shopian district. While the police declared them “unidentified,” two local families claimed them as their kin. But the police secretly buried the duo in Baramulla district, more than 120 kilometers (75 miles) away from Shopian.

Raafi Ahmad Dar, a resident of Bongam, Shopian, told Anadolu Agency that one of the militants was his brother Asif Ahmad Dar, who he said had called him from his hiding place hours before being killed.

“While the gunfight was on we told a police officer that our brother has been trapped and if he dies please hand us his body. But after the gunfight was over we learnt they had been taken to Baramulla district for burial,” Raafi said.

Since then, he added, they have been approaching various officials to formally request for an exhumation.

“It has been an ordeal. We were not allowed to offer last prayers,” Raafi said.

The second deceased was claimed by a man as his son, named Ashiq Magrey of Ganavpora, Shopian. The family has also requested for exhumation of his body.

Yasin Chouhdury, the highest-ranking civilian official of Shopian district, told Anadolu Agency that his counterparts in the areas where the militants have been buried would have to take the final call on the exhumation.

After April 17, however, two or three members of a family, which claims kinship to an “unidentified” deceased militant, are being allowed to offer last prayers in the remote hamlets where the police bury them in presence of a magistrate.

Last week, after four militants were killed in a gunfight in Shopian, inspector general of police Vijay Kumar told the media that DNA samples of the deceased had been collected and the burial is being conducted in presence of a magistrate.

A family said a militant killed in the attack was their kin and two to three of the family members offered the last prayers.

Kumar had said the families that claim the rest of the bodies would have to provide their DNA samples before the police decide on “further course of action”.