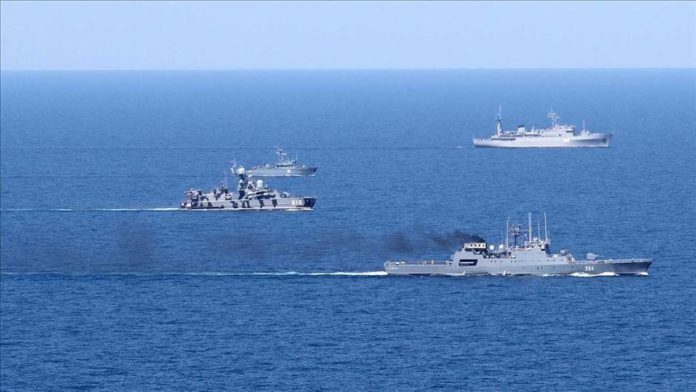 Secretary-General of the Gulf Cooperation Council (GCC), Nayef al-Hajraf, met on Wednesday in Riyadh with commander of the US Navy, Lieutenant-General Charless Cooper, to discuss ways of strengthening the security and safety of waterways and marine navigation in the region.

A statement issued by the Gulf bloc said the discussions focused on “the importance of enhancing cooperation in marine security within the framework of the partnership strategy between the GCC and the United States.”

The two sides also discussed fields of joint cooperation to ensure safety and freedom of navigation movement in the Arabian Gulf, the statement said.

The Gulf countries host a number of US navy, air and ground military bases, including the command of the fifth fleet in Bahrain.

The region witnesses a high level of tension between Iran and some Gulf states, including Saudi Arabia. Both Riyadh and Washington accuse Tehran of threatening marine navigation by targeting oil ships, an accusation denied by Iran.