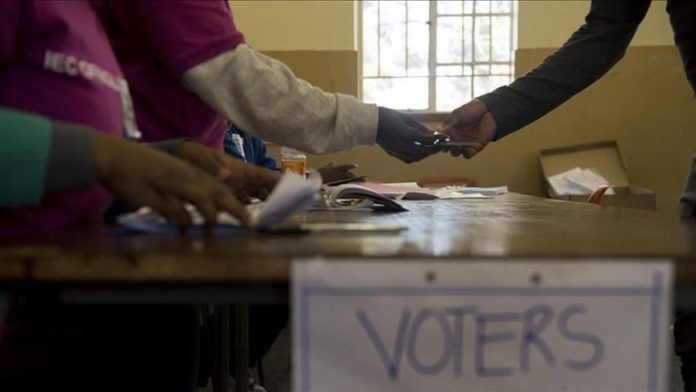 Conde, 82, was elected president in the first round, according to the country’s Independent National Election Commission.

Cellou Dalein Diallo, the main rival and leader of the opposition Union of Democratic Forces of Guinea (UFDG), got 33.5% of votes, the election commission said.

None of the other 10 candidates exceeded the 5% threshold.

Conde’s Rally of the Guinean People (RPG) and his main opponent, Cellou Dalein Diallo’s UFDG, have accused each other of fueling inter-communal tensions during the campaign.

On Monday, Diallo claimed victory in Guinea’s presidential election, a claim rejected by the government.

The opposition candidate denounced the ongoing violence after security forces stormed the UFDG’s office on Wednesday.

Several people, including a police officer, have been killed in clashes between police and protesters following the announcement of provisional results earlier this week.

Guinea has a two-round electoral system, with a second round triggered if no candidate gets more than 50% of the vote in the first.

Yemen rebels claim to down US spy plane