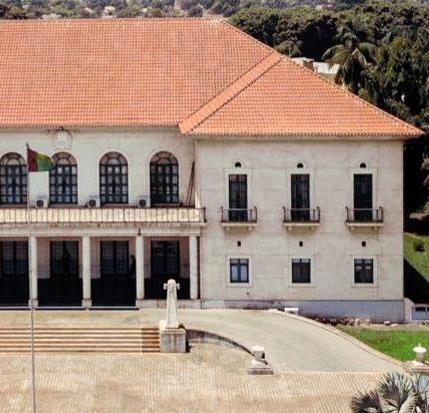 Embalo said Tuesday evening that many members of the security forces had been killed during the shootings, which lasted five hours.

The dead included military and paramilitary forces and four civilians, including a senior official from the Agriculture Ministry, the Minister of Tourism and spokesman for the government, Fernado Vaz, told a news briefing in the capital Bissau.

He also denounced what he described as a “violent and barbaric” attack aimed at decapitating the state.

Vaz said the attempted coup was planned and perpetrated by people with “ulterior motives” with the support of “people with financial capabilities.”

Heavy gunfire was heard near the presidential palace in Bissau on Tuesday, leading to reports of a coup attempt in a country with a history of military takeovers.

While it was not clear whether the attackers were members of the security forces, reports indicated that Embalo and Prime Minister Nuno Gomes Nabiam were holding a Cabinet meeting in the building at the time.

Embalo, who late Tuesday assured that the situation in Guinea-Bissau was “under government control,” described the coup attempt as an attack against democracy attributed to “the work of isolated elements” linked to drug trafficking.

The chairman of the African Union Commission, Moussa Faki Mahamat, and UN Secretary-General Antonio Guterres both expressed grave concern over the situation.

Soldiers patrolled streets, but businesses had resumed their operations.

A commission of inquiry has also been set up.

Guinea-Bissau has had nine coups and attempted coups since its independence from Portugal in 1974.

For more than four decades, no elected head of state had finished a five-year term until Jose Mario Vaz saw out his full tenure in June 2019.

In 2009, then-President Joao Bernardo Vieira was assassinated in what was said to be an apparent revenge attack by soldiers for the killing of the country’s then-army chief, who was at odds with Vieira.