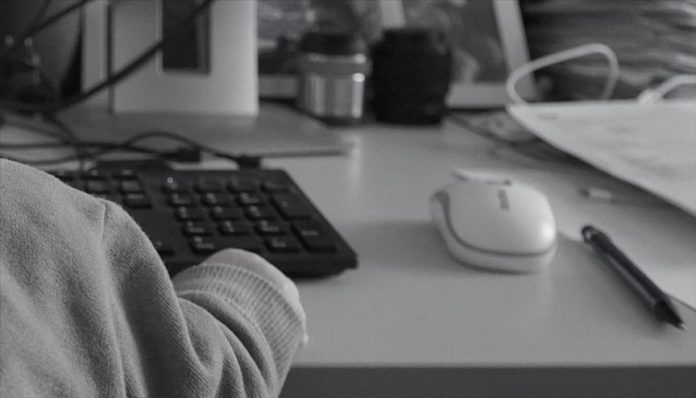 Tens of thousands of Bangladeshi youngsters, particularly school-aged teenagers, are becoming victims of unsafe internet and addicted to mobile and computer games, mostly owing to a lack of awareness on the part of parents and guardians, which authorities and analysts describe as concerning.

“I purchased a smartphone and broadband internet connection for my daughter nearly two years ago to ensure she has uninterrupted online classes. But it is now a matter of great tension for me as she has become addicted to mobile,” Shahidul Islam, a manager at a garment company in the east-central border district of Cumilla, told Anadolu Agency.

On the eve of Safer Internet Day, which will be observed worldwide on Feb. 9 to promote safer and more responsible use of mobile phones and online technology globally, he added that his daughter spends many hours every day playing mobile games, though she is only supposed to use this technology for online classes.

Islam added: “I am seriously worried as my 4-year-old son, who has yet to be admitted to school, has also been seriously addicted to mobile. Though I can control my daughter, I mostly fail to check my son since he is not old enough to understand my advice.”

Thousands of parents and guardians of school-going children have faced the same danger as Islam.

After the global pandemic hit the country in March 2020, the South Asian delta nation of nearly 170 million people suspended all in-person academic activities to prevent the virus from spreading among students and began online classes.

In the first phase, educational institutions were closed for 543 days due to pandemic-related restrictions, academic activities were done online until Sept. 12, 2021, and online classes restarted in late January this year due to the rise of the omicron variant of the coronavirus.

Parents and guardians of millions of students were required to buy smartphones with internet connection for their children.

According to the Bangladesh Bureau of Educational Information and Statistics, over 10 million children are currently studying at nearly 21,000 primary and secondary schools across the country.

Jainal Abedin, a farmer in the southern coastal district of Barguna, bought a smartphone for his school-going son and daughter one and a half years ago, despite having never used one before.

“I know nothing about this phone or the internet. I was just informed that it was needed for my children as schools were closed. I bought the phone for 10,000 (Bangladeshi) taka (around $120), which was a large sum for me,” Abedin said.

“Even children have little understanding about safe internet, and they are easy victims of it, addicted to mobile games and harmful sites,” Sadia Islam, English teacher at a remote secondary school in the central district of Gazipur, told Anadolu Agency.

A study report released last June by a local research institute Cyber Crime Awareness Foundation (CCAF), said almost 10% of the country’s cyberbullying or cybercrime victims are children under the age of 18.

According to the research entitled Cyber Crime Trends in Bangladesh-2021, cybercrime is frequently caused by a lack of awareness and understanding about online activities, and there is no alternative to self-preservation to tackle the issues.

“To prevent children from having unsupervised access to the internet, parents and guardians must be educated,” CCAF President Kazi Mustafiz noted.

Guardians will be unable to shield their children from addiction and harmful websites if they lack sufficient understanding, he told Anadolu Agency.

“When it comes to youngsters, unsafe internet can even cost lives. During the current pandemic, younger students must access the internet. However, there is a lack of understanding among parents, and obviously among children, about how to keep them safe from harmful online content. Authorities should address this before youngsters become victims of unsafe internet,” said noted fact-checker Qadaruddin Shishir.

He believes that teenagers are easily targeted by online misinformation campaigners, let alone cybercriminals, and that this can lead to actual harm.

Bangladesh’s Post and Telecommunications Minister Mustafa Jabbar said that under the country’s current rules, no citizen is allowed to use a mobile phone until the age of 18.

“However, due to the current pandemic, school-going youngsters utilize their parents’ or guardians’ smartphones for online classes,” he told Anadolu Agency, adding that most guardians are unaware of the use of parental guidance apps on their mobile devices.