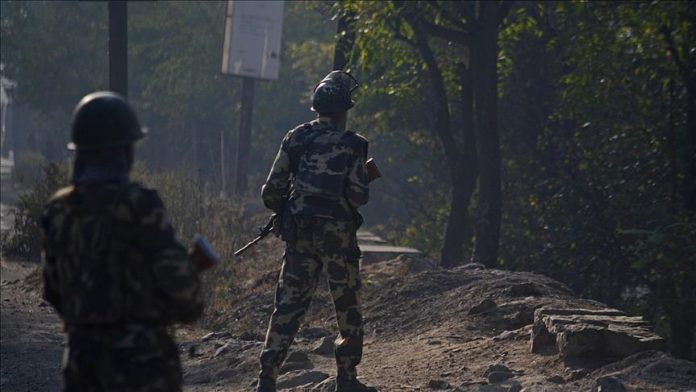 Two months ago, police in Indian-administered Jammu and Kashmir booked a minor hailing from the border district of Kupwara along with eight men under an anti-terror law for raising slogans during a funeral procession of a man who died in a car accident.

A few days later, the Juvenile Justice Board (JJB) – a specialized court that adjudicates offenses committed by minors – granted the child interim bail, observing that the alleged offense was not “heinous.”

Speaking to Anadolu Agency, Ghulam Nabi Shaheen, a lawyer, said there has been an increasing tendency to invoke strict provisions of the anti-terror law, the Unlawful Activities Prevention Act (UAPA), against anyone including minors.

“It was a petty offense which could have been covered by invoking the sections of Indian Penal Code. But the arbitrary use of the anti-terror law against people at large in Kashmir including minors is to criminalize each and everything here,” he said.

Experts say the trend has become more evident since Aug. 5, 2019, when India revoked constitutional provisions that granted a degree of autonomy to the region. Besides invoking UAPA, there is evidence of invoking preventive detention law, the Public Safety Act, against minors as well, they said.

According to Shaheen, before 2019, police had to establish that the arrested person was a member of the banned organization for a judicial trial.

But an amendment brought in July 2020 has enabled the government to designate any individual as a “terrorist” bypassing the requirement to establish an association of the accused with the banned groups.

Recently, police booked a minor from South Kashmir under the stringent law, alleging that the youngster was involved in purchasing a vehicle meant for a suicide attack on government forces.

According to the police, they also recovered two hand grenades and eight electronic detonators lying inside the vehicle.

Lawyer Habeel Iqbal, who is representing the child, said by charging children under strict laws turns the whole juvenile justice jurisprudence upside down with repercussions.

In 2019, Jammu and Kashmir region had witnessed the third-highest number of UAPA cases among all Indian states. According to National Crime Records Bureau, 921 cases were filed under this law in the region from 2014-2019.

While there is no separate data available for minors, a lawyer said 147 cases were registered against minors in 2019 and 2020.

However, Khairun Nisa, a member of the JJB, told Anadolu Agency that there is an effort to strengthen the justice-related system related to children.

“We make sure that no child is exposed to harm even if the allegations against them are ‘heinous’ in nature,“ she claimed.

She said that a proper social investigation check and reformation program is undertaken to help children in conflict with the law.

“On this basis counseling and reformations take place which varies from child to child. Sometimes a child is kept for a longer period at observatory homes and bail is denied to save the child from psychological or physical dangers,” said Nisa.

Last December, the UN had raised concern at the liberal use of anti-terror law in Jammu and Kashmir.