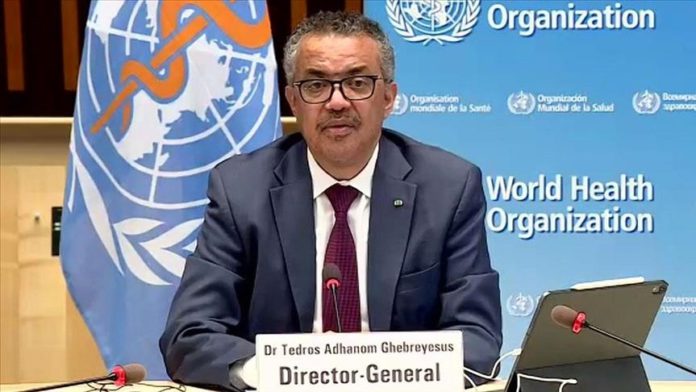 Artificial Intelligence (AI) holds great promise for improving healthcare delivery worldwide, but only if ethics and human rights are at its heart, the World Health Organization (WHO) said Monday in new guidance.

“Like all new technology, artificial intelligence holds enormous potential for improving the health of millions of people around the world, but like all technology, it can also be misused and cause harm,” warned WHO Director-General Tedros Ghebreyesus.

WHO said AI can be used for strengthening the delivery of health care and medicine and helping all countries achieve universal health coverage.

“This includes improved diagnosis and clinical care, enhancing health research and drug development, and assisting with the deployment of different public health interventions, such as disease surveillance, outbreak response, and health systems management,” it added.

At a news conference, Dr. Soumya Swaminathan, WHO’s chief scientist, said that many countries have used AI for enhancing diagnostics.

“For example, one of the most commonly used indications is reading x-rays, reading scan reports, and reading pathology slides,” she said.

Swaminathan said that using the internet and the possibility of sending images to remote locations could rapidly speed the reading of images, the return of results to the patient, and the treating physician who may be in a completely different part of the world.

“This is being tried for diseases like tuberculosis, for example, as well as for cervical cancer, and in many other indications, It’s been tried also in COVID,” said the WHO chief scientist.

It is currently also being used to improve clinical care and develop algorithms that can help healthcare workers examine the possibilities a particular patient is presenting and consider various treatment options.

“It could also help with surveillance with outbreak response, health systems management, and in the area of, drug discovery,” she added.

Swaminathan said that many companies are now using AI to screen for potential drug targets and research and develop new drugs.

“Now, at the same time, there are ethical issues … around equity,” said the WHO scientist.

She said that with the digital divide, one of the WHO’s mantras is to leave no one behind.

“And the possibility of a digital divide for people who have less access to internet services, particularly to broadband; who do not have smartphones, for example, the possibility that they could be left behind as healthcare systems switch to using a lot of digital tools,” is of concern said Swaminathan.

She also cited data protection as a concern.

“How is it being used? Who has access to it – the private sector and the public sector with how they handle data,” said Swaminathan.

Also, on the question of liability, the question arises, who is liable if a mistake is made that’s based on the AI system?

“Is it the system’s developer, and how will these tools alter the relationship between providers and patients?” she questioned.

”And then finally, how do you regulate the private sector in this area, which include some of the world’s largest technology companies?”

Turkey: Hot air balloons up in the skies after months