TurkishPress
Home News Growing US military presence in Greece can lead to undesired scenarios in... 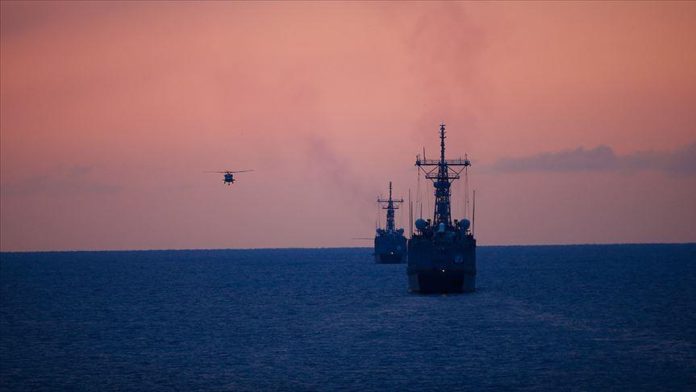 With the ratification of the Greek-American Mutual Defense Cooperation Agreement (MDCA) by the Greek parliament on May 13, the US has gained access to three military bases in Greece, in addition to the one it is already operating.

Apart from the naval base in Souda Bay in Crete which the US has been operating since 1969, MDCA will permit the US military to use Georgula Barracks in Greece’s central province of Volos, Litochoro Training Ground, and army barracks in the northeastern port city of Alexandroupoli.

The Greek government has said that the agreement should be seen as an indicator of Greece’s elevated role in Washington.

However, experts have warned that the growing US presence in Greece can lead to undesired scenarios in the Aegean region.

Speaking to Anadolu Agency, Ali Bakeer, an assistant professor of international relations at Qatar University, argued that using Greece to undermine Turkiye is an “old and typical strategy” of some Western powers.

“Deploying more US troops to Greece will disrupt NATO’s powers, and will only encourage Athens to take risky policies and play the spoiler role more often,” Bakeer said.

This would be highly dangerous to the regional stability and security as Athens might overstep the limits, he added.

Bakeer, furthermore, claimed that if things escalate between Athens and Ankara, the US would not come to the rescue of Greece as some might wrongfully believe.

Touching upon the significance of Turkiye in the transatlantic security architecture, he underlined that the country, which has the second largest armed forces in NATO after the US, recently proved its value and capabilities in Syria, Libya and Ukraine.

In contrast, Greece is the “real disruptor” of NATO’s powers on the political, financial, and military levels, Baker asserted.

“Athens increasingly dragging NATO to its own problems. Because of Greece, the EU now is deprived of a critical alternative source to Russia’s oil and gas from the Eastern Mediterranean,” he added.

He argued that Turkiye should be aware that more US deployment in Greece might make Athens “more reckless.”

In the worst scenario between Athens and Ankara, he said, the US should remain neutral and push for an immediate cease-fire.

“Otherwise, Greece will lead the US into a bigger problem that will hinder its capacity to face the challenges posed by Russia and China,” he warned.

Also speaking to Anadolu Agency, Kozan Erkan, a senior defense and security expert, argued that the US has been increasingly tilting toward Greece, more so under the Joe Biden administration.

“Expansion of the US military presence in Greece, particularly around Alexandroupoli poses a direct threat to Turkiye,” he said.

Erkan maintained that the US deployment in the country intends to deter Turkiye from responding to a possible assault by Greece.

The US would not directly involve in war between the countries, but its growing military and security cooperation and troop deployment in Greece contribute to “increasingly provocative stance” of Athens toward Ankara, he said.

One of the reasons behind the expansion of the US presence in Greece is “containing” Turkiye, he said, adding that Washington wants a “less independent” Turkiye that would function in line with the American interests.