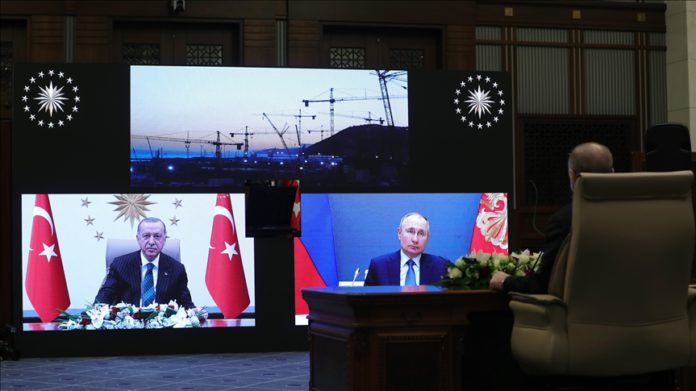 Nuclear energy has special role in Turkey’s energy policy, country to become among those with nuclear power on its centennial year: Erdogan

Akkuyu Nuclear Power Plant to produce 35B kilowatt-hours of electricity annually, to meet around 10% of Turkey’s power consumption: Erdogan

We have seen results of Turkish-Russian dialogue on ground, we are determined to enhance this cooperation in coming period: Erdogan