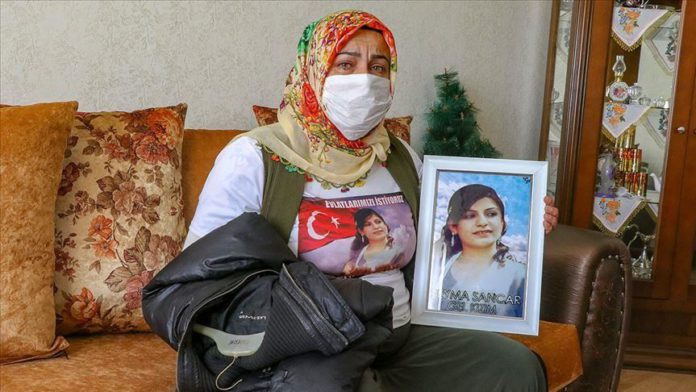 In southeastern Turkey, a long-running sit-in protest of families whose children were kidnapped by YPG/PKK terrorists entered its 366th day on Wednesday, with outcries rising each day.

Nazli Sancar, one of the protesting mothers, said her minor daughter was kidnapped by the terror group eight years ago when she was only 13.

The mother said she has had no news of her daughter, who was forced into a car and abducted by terrorists.

“When my daughter was only 13 years old, she was kidnapped by five HDP members with a vehicle and handed over to a terrorist organization,” she said.

She said HDP claims her daughter joined the group voluntarily but her daughter was only a 13-year-old child and she could not do it willingly.

Sancar said they are resolute to take back their children from PKK terrorists and HDP, and they will resolutely stand against the terror group.

She called on all kidnapped children by the terror group to surrender to the security forces.

“Please, come and reunite with your families. These tears and pain should be over now,” she added.