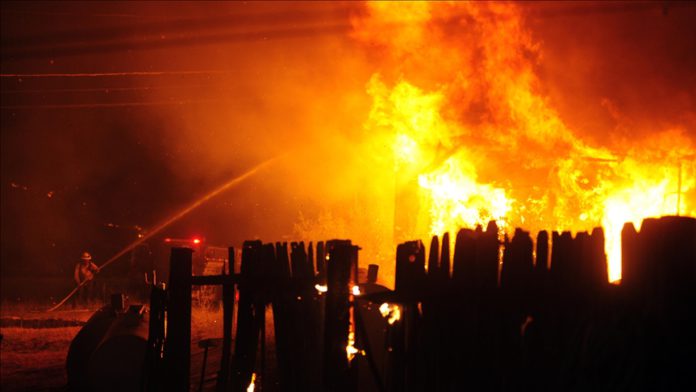 The forest fires in the US state of California have spread to a historic town on Thursday evening in the third week of massive forest fires raging across the region.

The historical buildings, homes, businesses, and schools were “completely lost” after the blazes reached the historic town of Greenville, according to Plumas County Supervisor Kevin Goss.

“The Dixie Fire burnt down our entire downtown,” he wrote on Facebook.

“We lost Greenville tonight,” Doug LaMalfa, US Representative for California’s 1st congressional district, said in a Facebook video. “There is just no words.”

The Dixie Fire, which sparked on July 13, is the sixth-largest fire in California’s history which ripped through an area of 322,502 acres, according to the California Department of Forestry and Fire Protection (Cal Fire).

“Despite valiant efforts of firefighters, aerial resources, and law enforcement to protect life and defend property, fire spread into the community of Greenville,” Cal Fire said.

Damage assessment is ongoing, it added.

Thousands of people in the area had to evacuate their homes due to the massive fires in its third week.

The US state of Oregon also witnessed the largest forest fires in its history. The blazes, which started on July 6, have burned over 413,000 acres of land and 84% is under control.