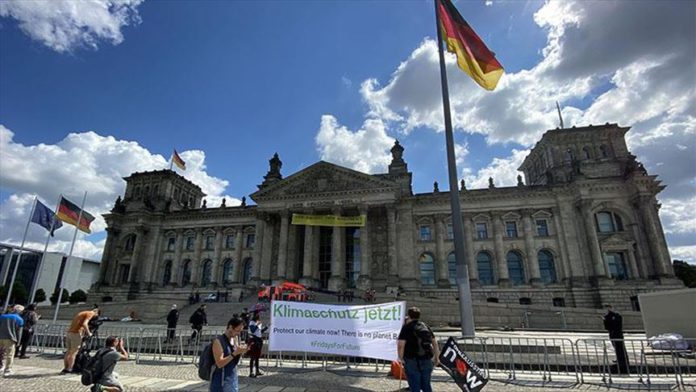 Alexander Lurz, a disarmament expert at Greenpeace, told the daily Suddeutsche Zeitung newspaper that the planned purchase of the fighter jets was “not only a disastrous signal in terms of disarmament policy, but a waste of scarce financial resources in Corona times.”

Last month, Germany approved its second economic-stimulus package since the beginning of the outbreak, bringing their total cost to €1.3 trillion ($1.5 trillion) — by far the largest in Europe as a share of gross domestic product.

Greenpeace estimates that the planned purchase of the 45 F-18 combat jets could cost around $8 billion.

The Defense Ministry wants to replace its outdated Tornado air force fleet with up to 93 Eurofighters and 45 F-18 combat planes that can transport American nuclear bombs as part of NATO’s nuclear sharing strategy.

German parliamentary approval to buy the F-18 fighter jets could be made as early as 2022/23.

Berlin has often faced criticism from US President Donald Trump to increase its military spending.

According to NATO figures, Germany’s annual military spending stands at roughly 1.38% of GDP, well short of its two-percent goal.

“If Germany, as an example, is paying 1 percent, and they’re supposed to be paying 2 percent — you’re talking about billions of dollars — well, that means that last year, the year before, the year before—all of those years, they would owe us money,” Trump said at a press conference in December 2019.

“Nobody has ever brought that up. They just keep talking about the present. So if they’re short one year, and then you go into the new year, they never talk about the year that they didn’t pay. But they actually, in theory, owe us that money. It’s not fair. It’s not fair,” he went on to say.