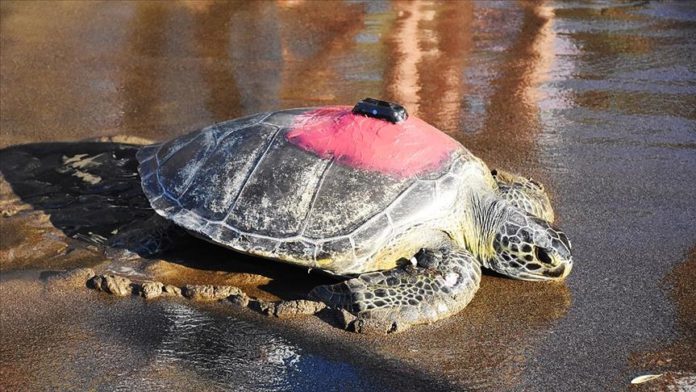 Talay, a green sea turtle treated in southwestern Turkey, traveled more than 18 miles in three days as of Monday along the country’s coast.

The endangered sea turtle was found nine months ago after swallowing a fishing rod and line and was brought to the Sea Turtle Research, Rescue, and Rehabilitation Center (DEKAMER) for treatment.

Fitted with a satellite tracking device, Talay was released into its natural habitat on the southwestern Turkish shore three days ago after making a recovery, since then traveling roughly 30 kilometers (18.6 miles).

The turtle reached Ekincik Bay in Mugla after traveling 10 km on the first day, while at the end of three days, Talay had traveled another 20 km and reached the Aksaz area in the Marmaris district of Mugla.

Talay is the first young green sea turtle to have been fitted with a satellite tracking device, DEKAMER said.

Green sea turtles can be found throughout the world’s tropical and subtropical seas.