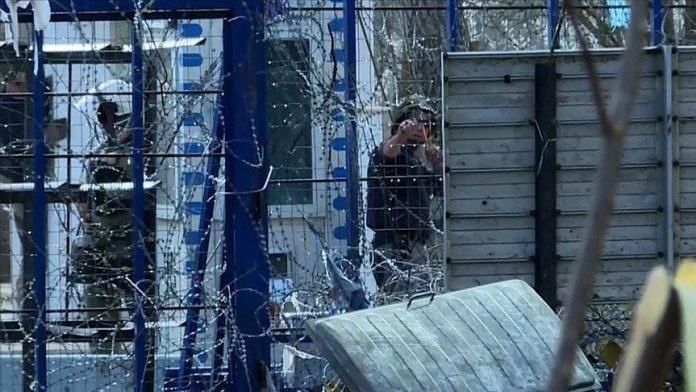 Greek security forces threw stones at asylum seekers on Wednesday on the border with Turkey.

The asylum seekers are waiting in and around the buffer zone located between the Pazarkule-Kastanies border crossing.

The Greek security forces fired pepper and tear gas on the asylum seekers and used slingshots to throw stones on them.

The forces also used gas shells and water cannons on asylum seekers, who came close to the border gate.

Wounded asylum seekers are treated in tent hospitals set up by the health officials.