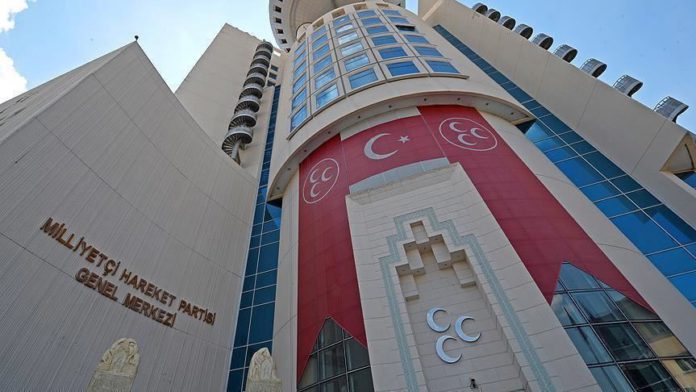 Greece flying flags at half-mast and tolling church bells over last week’s opening of Istanbul’s Hagia Sophia Mosque are its internal matters and no concern of Turkey, said a Turkish opposition party leader on Monday.

Athens seeing some claim over Hagia Sophia Mosque, which is well within Turkey’s legitimate and sovereign borders, is proof that Greece is stuck at 567 years ago, when the Ottomans conquered Istanbul, said a statement by Devlet Bahceli, head of the Nationalist Movement Party (MHP).

Hagia Sophia Mosque was opened through the joint efforts of the People’s Alliance made up of the ruling Justice and Development (AK) Party and MHP after a court annulled a 1934 Cabinet decree that had made Hagia Sophia a museum. Before that, it had been a mosque for nearly 500 years.

Bahceli hailed the court ruling as the most important event in recent history, calling the Greek actions in response “fascistic.”

“This attitude of Greece does not serve stability, peace, or tranquility,” he added.