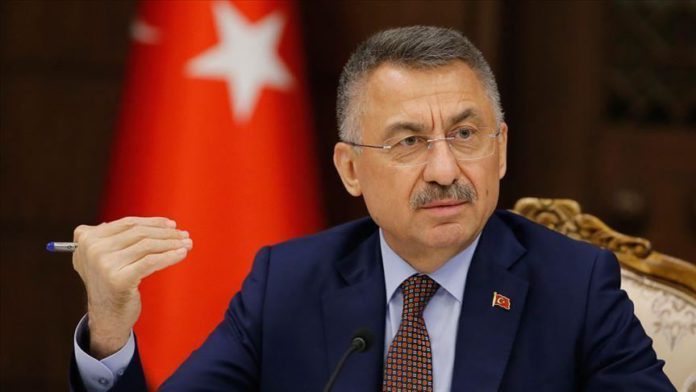 It will be beneficial for Greece, the Greek Cypriot administration and the whole region if the Greek president sincerely adopts the discourse of peace and reconciliation instead of war, the Turkish vice president said on Tuesday.

Fuat Oktay said the Greek president’s accusation against Turkey is a “funny and futile propaganda effort, and also a provocation.”

He said if Greek and Greek Cypriot administrations see the truth and intend to hold talks on the two-sovereign-state solution in Cyprus Island, Turkey will support the initiative.