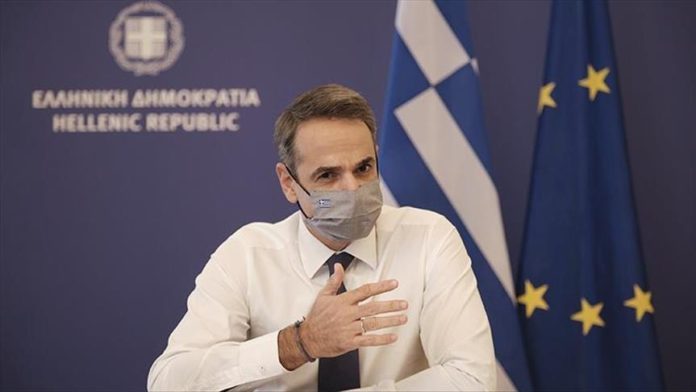 The Greek prime minister on Wednesday presented a roadmap to boost the country’s economy in the aftermath of the coronavirus pandemic.

Presenting the “historic” plan in the capital Athens, Kyriakos Mitsotakis said the initiative, consisting of 170 projects, investments and reforms, showed that the country had the capacity to present one of the first such “paths for the future” in Europe.

The National Recovery and Resilience Plan, which aims to create at least 180,000 and secure GDP growth of 7% over the next year, will serve as the “bridge that will lead Greece to the post-COVID-19 era and to the third decade of this century,” he said.

It is to involve four pillars, namely the transition to a green economy, digital transition of the state and economy, private investment and institutional transformation and employment and social cohesion.

To implement the plan, also dubbed Greece 2.0, the government is requesting all resources available under the EU Recovery and Sustainability Fund, which would amount to €17.8 billion ($21 billion) in subsidies and €12.7 billion in loans.

With these funds and utilizing additional loans from the Recovery and Sustainability Fund for the promotion of private investments, the country seeks to mobilize a total of €57 billion for investments.

“The national plan has a groundbreaking character, because it changes the model to create an open economy and a tax system that is friendly to growth and always focused on the future,” the premier said, adding: “Hence, its name is Greece 2.0. The National Plan seeks to create many new and well-paid jobs.”

“It doesn’t concern one government, it concerns the whole country. It’s too big to fit into one party,” he said of the plan, which “stretches over decades.” “It’s therefore an opportunity to build broader consensus.”

Lawmakers are expected to debate the plan in the coming days, after which It will be submitted to the European Commission for approval. Once this process is complete, it will take its final form and be submitted to parliament again for a vote.

The recovery plan is part of and will be funded under the NextGenerationEU initiative, a €750 billion temporary recovery instrument to help repair the immediate economic and social fallout caused by the pandemic.