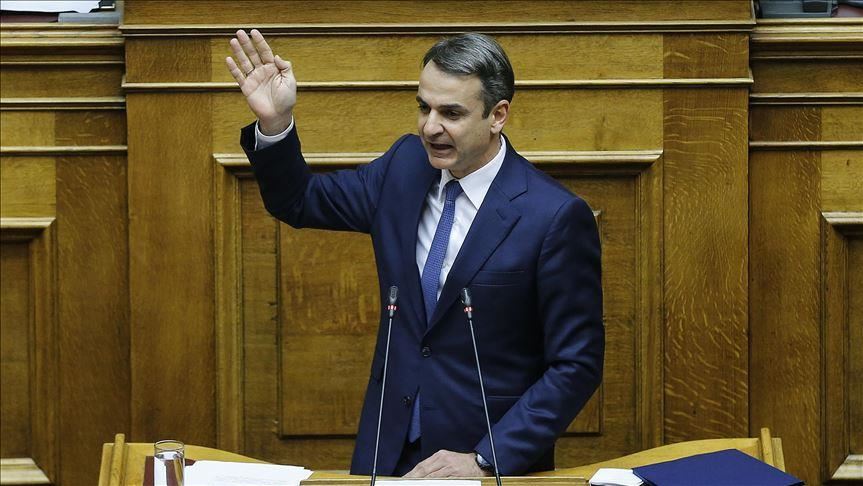 The prime minister of Greece unveiled his government’s plan to reopen the country’s tourism industry and boost its economy after two months in lockdown due to the novel coronavirus pandemic.

“The pandemic interrupted the country’s successful course at a time when it was entering a phase of growth,” Kyriakos Mitsotakis said in a televised address.

To help employees keep their jobs, businesses that have been hardest hit will be allowed to reduce work shifts without laying off employees, Mitsotakis said.

The government will introduce a €1 billion ($1.1 billion) program with the EU’s Support to alleviate Unemployment Risks in an Emergency (SURE).

To revive its economy and tourism sector, Mitsotakis said that the season would officially begin on June 15, with international flights resuming on July 1.

He added that health officials would be conducting coronavirus tests at airports.

Tourism accounts for 18% of Greece’s gross domestic product and Mitsotakis said the government would subsidize salaries and social security contributions for people working in this sector.

Unemployment benefits will be also given to seasonal employees who will not be working this year.

He also announced a reduction in value-added tax in transportation from 23% to 13%, with an additional temporary tax cut for coffee, non-alcoholic beverages and summer theaters.

There will also be a 40% discount for the lease payments of all enterprises that remain closed, along with those in the tourism, restaurant, culture and sports sectors, and “a significant reduction” in pre-paid tax for businesses and individuals, Mitsotakis added.

Finance Minister Christos Staikouras said the measures would be effective immediately and would continue to expand to around €14.5 billion producing an added value of €20 billion. He noted that the total cost of the measures would reach €24 billion of European funds.