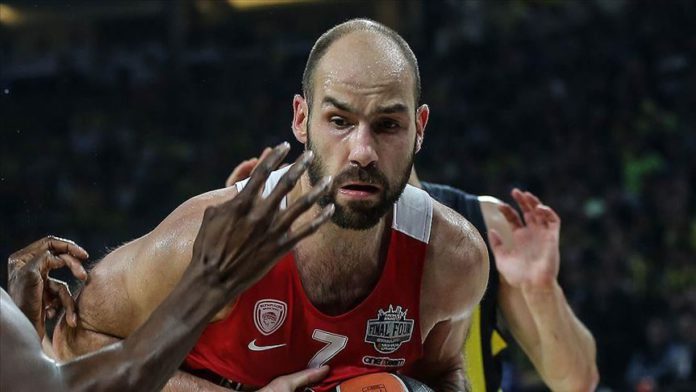 “The final member of the 2010-20 EuroLeague All-Decade team … is one of the best clutch players European basketball has ever seen. Led by his class and willpower, Olympiacos Piraeus became the only team to win back-to-back titles in the 2010s. He is the one and only Vassilis Spanoulis!” read a EuroLeague statement.

The organizers hailed Spanoulis, 37, as “a natural-born leader” who developed his skills to “become one of the greatest players in European basketball history.”

During his career, the famed point guard has played for Greek archrivals Panathinaikos and Olympiacos.

In 2006, he went to the US to play for the Houston Rockets in the NBA for a season, before returning to Panathinaikos, where he won the EuroLeague title in 2009.

He joined Olympiacos in 2010 and was an integral part of the team that became EuroLeague champions in 2012 and 2013.

The Greek star was named the EuroLeague MVP [Most Valuable Player] for the 2012-2013 season.

Spanoulis, who is still an Olympiacos player, is the EuroLeague’s all-time top scorer with 4,239 points.

He is followed by Spanish guard Juan Carlos Navarro, who retired in 2018 with 4,152 points.

The EuroLeague 2010-2020 All-Decade Team has been voted for by fans, media, players, and coaches.