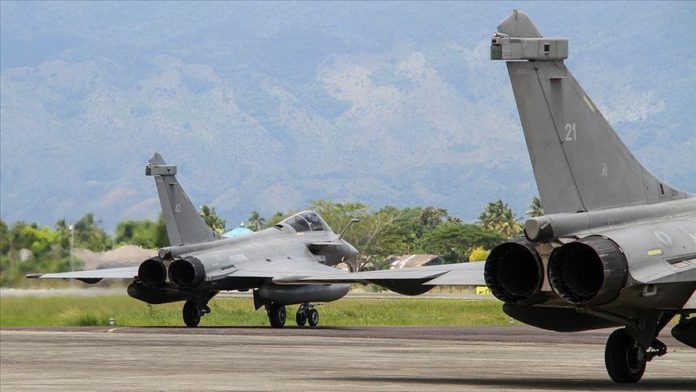 The Greek Parliament will vote on a bill on Thursday for the purchase of 18 French-made Rafale fighter jets.

The bill was approved by a Greek parliamentary committee late Tuesday under a fast track procedure.

The Standing Committee on National Defense and Foreign Affairs discussed three contracts under the bill including six new and 12 used Rafale jets at a cost of €1.5 billion this year.

The two countries are expected to sign the agreement later this month.

Despite its economic hardships, the Mediterranean country spent 2.3% of its gross domestic product (GDP) on defense in 2019.

July 26, 2021
We use cookies to ensure that we give you the best experience on our website. If you continue to use this site we will assume that you are happy with it.Ok