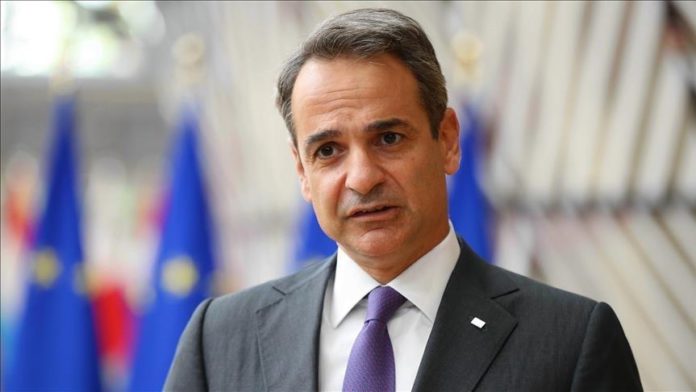 Following the end of a roll call vote, 156 lawmakers voted against the motion from the 157 members of parliament (MPs) of the ruling New Democracy party, 142 for, and one present.

The censure motion was introduced Thursday by Syriza’s leader and former Prime Minister Alexis Tsipras, who said a series of crises including the coronavirus pandemic, price hikes for food and other staples and the government’s handling of last week’s snowstorm prove that “Mitsotakis and his government are ineffective and dangerous for the country.”

The heated debate over the censure motion started on Friday but peaked on Sunday with Mitsotakis slamming Tsipras.

The motion is a “desperate attempt” by the main opposition leader to “staunch wounds within his own party,” the prime minister said in parliament.

“You announced that I am finished politically. I imagine this forecast is as accurate as when you said there was not a chance in a million that Mitsotakis will win the elections,” Mitsotakis added, addressing Tsipras.

Mitsotakis accused Syriza’s leader of doing what he knows best — “distorting the truth.”

Tsipras retaliated by accusing Mitsotakis of “living in glass bubble,” while he mocked him over his recent apology over the events following the snowstorm.

“You owe 23,275 apologies” Tsipras said, referring to the lives lost due to the pandemic.

“It is time someone told you what is really happening in Greek society,” he said.

“The worst thing is that you are living in your own parallel universe where everything is going well, because it is presented as going well by the mainstream media,” Tsipras said.​​​​​​​

“You are finished, not only because you failed with huge human, economic and social costs in nearly all the crucial issues you handled. In the pandemic, the fires, high prices, the recent snow…but chiefly because at a time when you are failing resoundingly in everything…you continue in a provocative way to believe that you are not a prime minister who must be held accountable but a prince for whom power is a hereditary right,” he added.

Over 3,500 people nabbed on Turkish borders