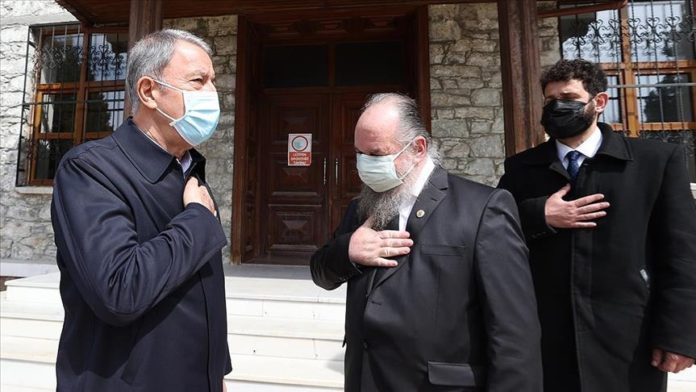 The Greek Orthodox community in Turkey on Friday thanked the Turkish army after a teacher was taken to hospital by a military helicopter.

Turkish National Defense Minister Hulusi Akar, Chief of the General Staff of the Turkish Armed Forces Gen. Yasar Guler and the top military brass were at a military post in the northwestern Canakkale city for inspections.

Akar conveyed his condolences over the death of a Greek Orthodox teacher who died at a hospital despite emergency assistance by the Turkish army.

Ioakim Kamburopulos, headmaster of the Private Gokceada Greek Orthodox High School, said: “Unfortunately we lost him, but as the Greek [Orthodox] community, we are grateful to you for the support you provided for the treatment of our friend.”

“Your help was very important. Our soldiers always come to our aid, we owe them gratitude,” he added.

Europe, knowing and not knowing about Bosnia