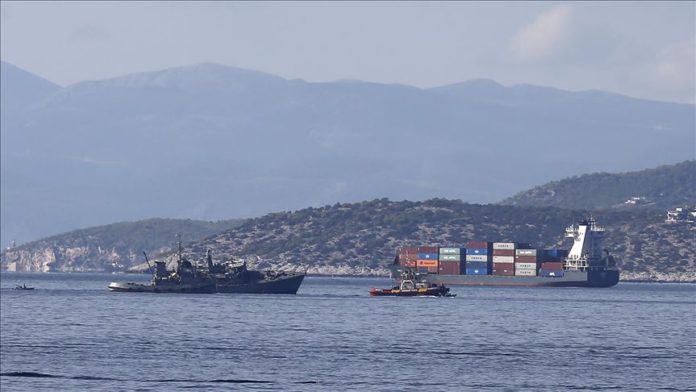 Two people were taken to hospital when a Greek Navy minesweeper collided with a Portuguese-flagged cargo ship outside the port of Piraeus near Athens early Tuesday, local media reported.

Skai TV reported that four members of the minesweeper Kallisto’s 27-person crew were pulled from the Aegean Sea by rescuers.

The two in hospital are there as a precaution, local media said.

The 266-meter (873-foot) Portuguese ship Maersk Launceston was headed to Turkey before the accident. Its captain was arrested and is under investigation.

The 57-meter (187-foot) minesweeper is being towed to Salamina for a damage assessment.