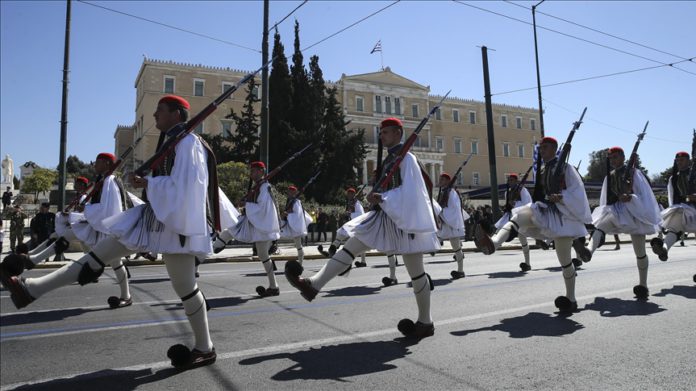 Greek soldiers serving along the country’s northeastern borders to stop irregular migration have not been paid for more than six months, local media reported on Monday.

A union representing the soldiers sent a letter to lawmakers about the non-payment of three divisions of the military serving along the Meric River, a river known as Evros in Greece which forms the Turkish-Greek border, online portal e-evros reported.

The Military Union of the Regions of Eastern Macedonia and Thrace claimed that the border divisions have not been paid for more than six months.

After a similar incident in the first six months of 2020, the issue was resolved after Evros MP Christos Dermetzopoulos raised the issue in parliament, said the letter.

Addressing Defense Minister Nikos Panagiotopoulos, the letter added: “We hope for your support in order not to ‘punish’ the officers of the Armed Forces who serve in this critical area by making every effort to guard our borders.”

Greek border forces have also been accused in multiple accounts by migrants and rights groups of abuses, theft, and forced pushbacks of would-be migrants.