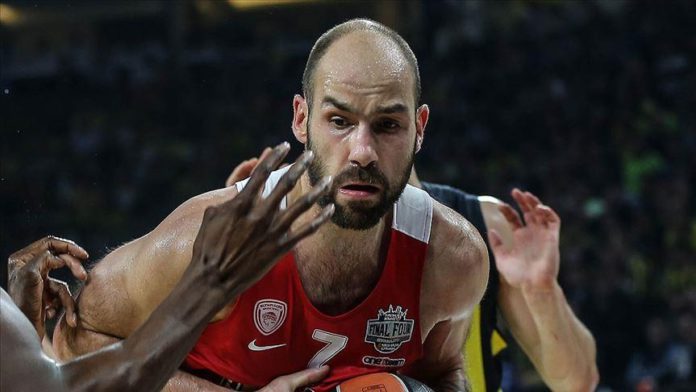 Greek legend Vassilis Spanoulis announced on Saturday that he retired from basketball at the age of 38.

“Basketball gave me a unique journey full of intense moments and great emotions. It gave me everything and I gave it everything,” Spanoulis said on social media.

He also said that “Olympiacos proved to be my destiny and my most beautiful port. I leave proud of what was greatly accomplished, but also of what was lost after a hard battle. Above all, I leave full, because I played longer than I dreamed.”

“From the bottom of my heart, I want to thank everyone who has been by my side all these years: the presidents, the coaches, the teammates, the co-workers, and the opponents. But above all, I want to thank all the fans for their love. It was this love that gave me the strength to try harder every day and this love will be my guide forever,” he added.

Spanoulis is the only player in Final Four to clinch the EuroLeague title three times and be voted Final Four MVP each time.

The Greek guard is the all-time EuroLeague scoring leader with 4,445 points, averaging 12.4 points over 15 seasons.

He helped Greece to bag three medals in major competitions, including a silver in the 2006 FIBA World Cup, a gold in the 2005 EuroBasket, and a bronze in the 2009 EuroBasket.

Throughout his career, Spanoulis made appearances for NBA’s Houston Rockets and several Greek sides, including Gymnastikos S. Larissas, Maroussi, Panathinaikos, and Olympiacos.

Turkey, Slovenia match to be played in empty stadium