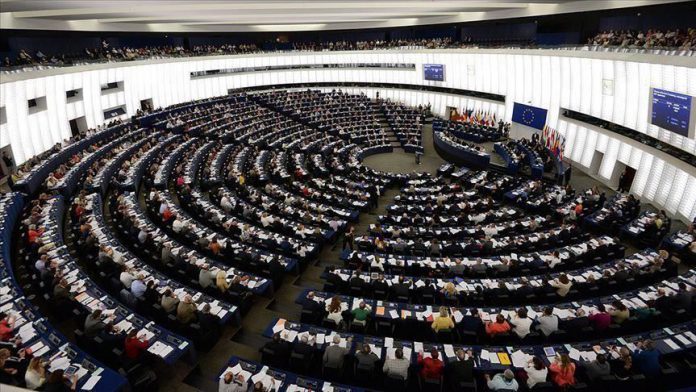 The move came after Lagos accused the European Union of ignoring the rights of Greeks and described a dramatic situation in Greece, during a plenary session on Wednesday where EU lawmakers were debating the humanitarian situation on the Greek islands.

Lagos blamed Turkey for the “stream of migrants coming into” his country and “getting away with whatever it likes.” He then tore pieces a Turkish flag made of paper,

Read more: Greek lawmaker to be sanctioned by EU Parliament